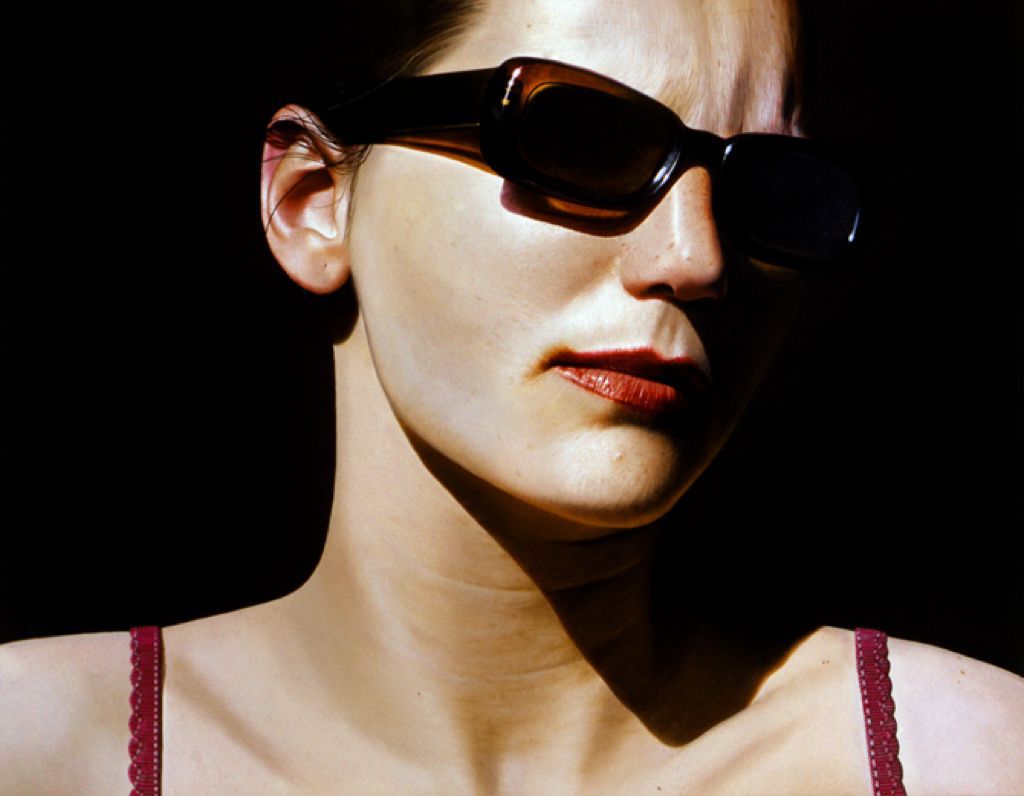 Daniela Montanari was born in Varese, Italy, in 1969. After art school, she graduated in architecture at the Milan Polytechnic, majoring in Protection and recovery of historical and architectural heritage.

In 2002, after finishing twice among the finalists of Arte Mondadori Prize, she gave up architectural design to devote herself exclusively to hyperrealist painting.

She had her first solo exhibition in late 2003. Since then, she has been invited to many art contests, including “Premio Michetti”, “Premio Cairo Comunication”, “Premio Razzano” and she has participated in group exhibitions such as “Nuovi pittori della realtà”, “Contemplazioni”, “La nuova figurazione italiana” and “Imago Feminae”. Her work has received critical recognition in magazines such as Art e Dossier, Arte Mondadori, Elle, Juliet, Segno.

Daniela, after having spent long periods in Geneva, has established in France from 2004 to 2008. Currently she lives near Como.

“I mainly paint young women, with whom I identify. Each painting becomes an extension of the other as if it were part of a story. The portraits symbolize my psyche and are closely linked to my emotions, thus affirming the priority of the subject and the feeling. The characters, all belonging to my audience, are constructed through a long series of photos merged together. The resulting designs are later painted on canvas in scenes that combine references to contemporary elements and classical painting. Real elements are filtered through computer processing until they are almost unrecognizable, enhancing their mysterious side with the exasperation of shadows and details. Each portrait is therefore a condensation of several images and reveals an existential tension which, in recent works, is also reflected in the language of symbols. The painting emerges from current events as well as from memory, but also from the images of people who come from our artistic tradition. In this way the painting becomes familiar and its interior space becomes a place of memory. Each portrait is a self-portrait of imperfection, impermanence and my sense of melancholy. Each painting is a journey into another life, jumping in the continuous search for oneself, many lives for a single story “.