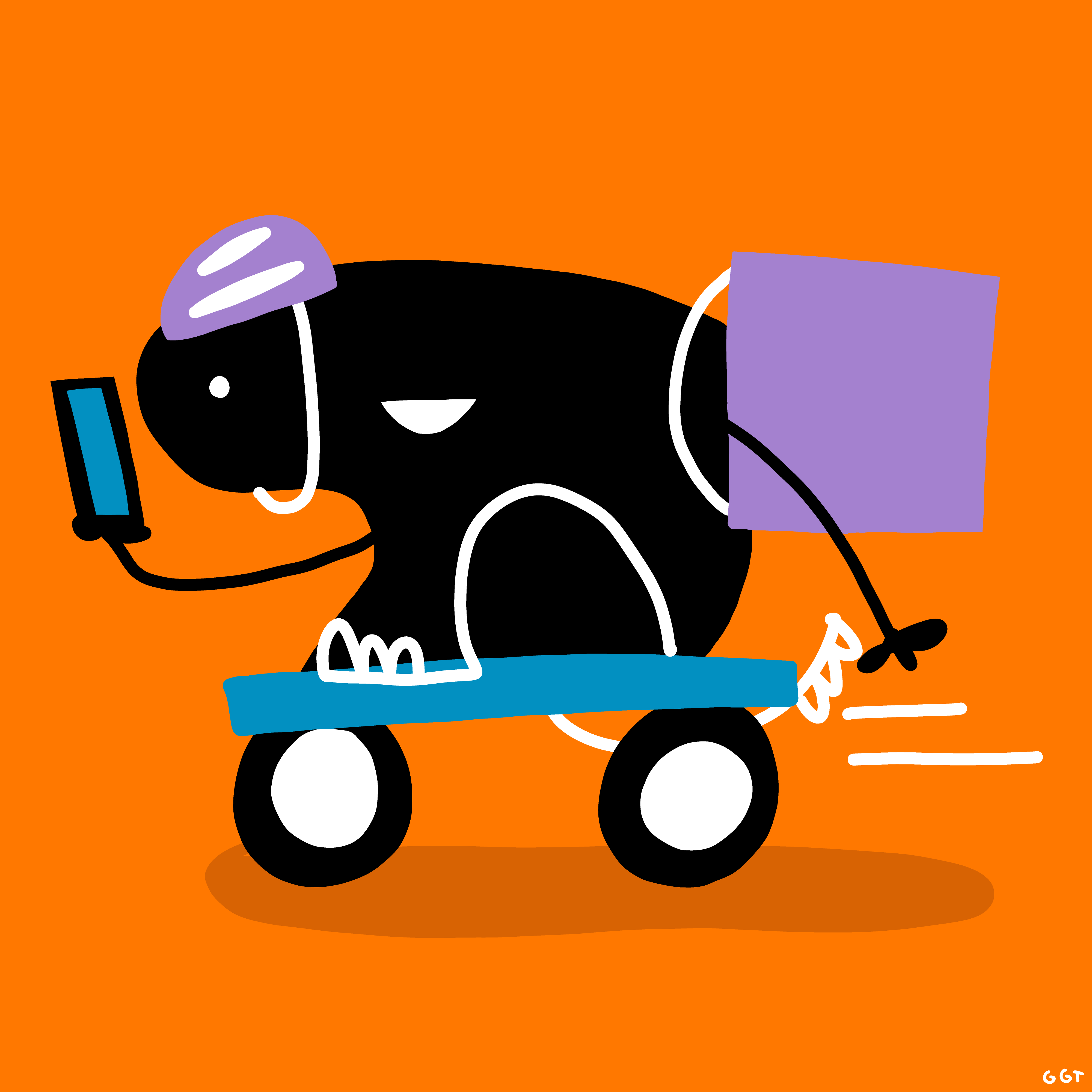 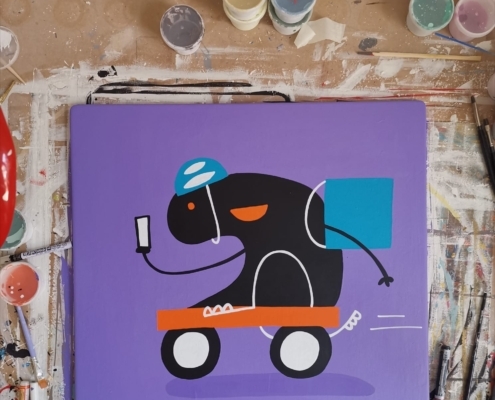 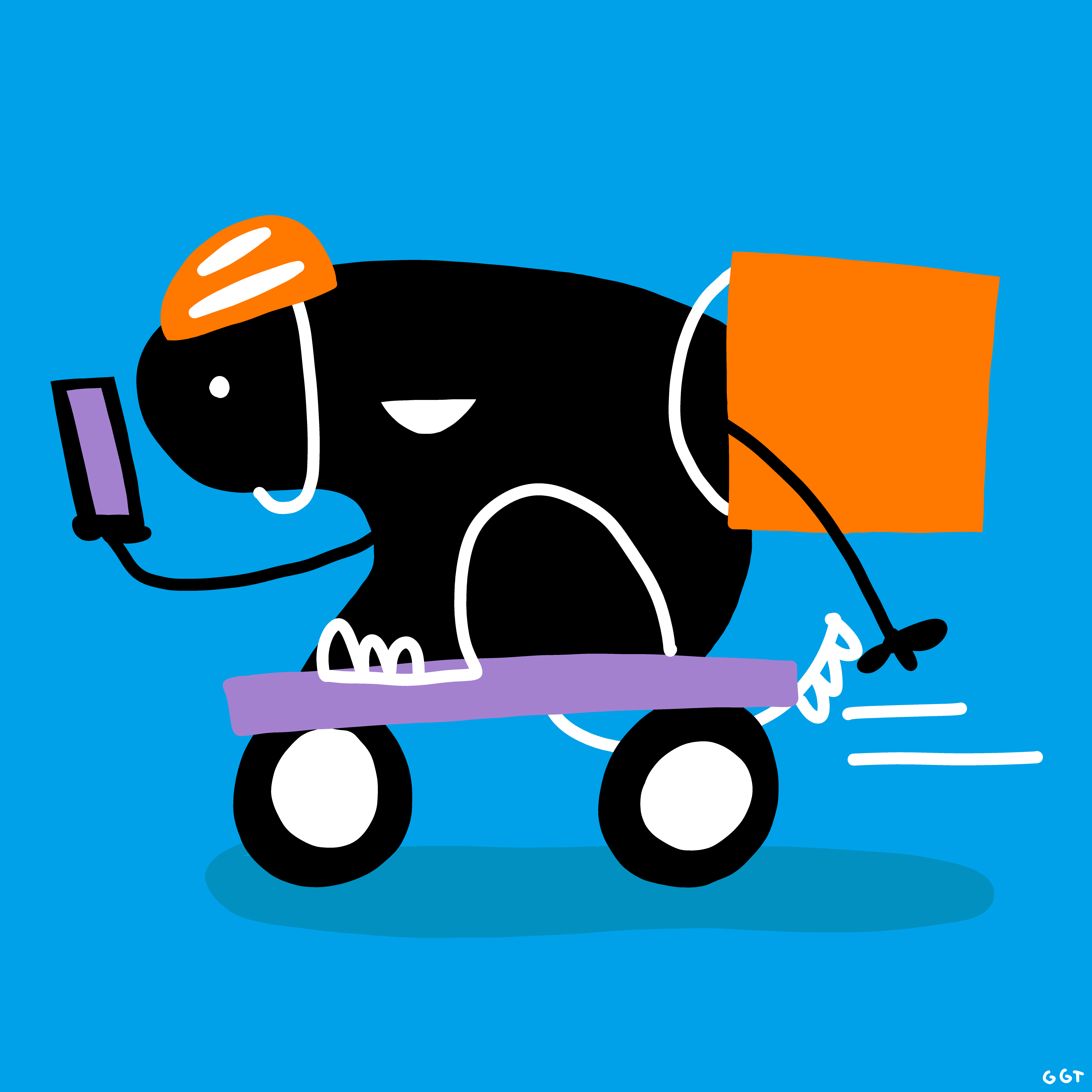 Tribute to a profession that is so necessary these days, and so undervalued and underpaid at the same time. Neo slavery at the time of the covid.
The triptych in different colors wants to highlight that even when companies change, exploitation remains the same.

Gigi Tarantola (Milan 1972) is a fierce multidisciplinary artist (from Vjing to painting) known to most people by the acronym of GGT. Its most evident ability is the visual synthesis that has become iconic over time. A super-flat painting, matched by a very personal and unmistakable irony, have made him one of the most POPULAR artists not only in his city of residence, but throughout the nation.

After a debut as a cartoonist close to the underground genre, he has sought and built a very personal and recognizable stylistic approach over the years, that has transformed him today into a visual artist capable of communicating through images and various expressive means.

Today his drawings speak to us at the same speed as an instagram post of which we immediately grasp its theme, rich in social strength and environmentalist passion. In the characters that animate his canvases we grasp the vices, virtues and diseases that are relatable to ourselves, and those of the deconstructed society in which we live and which shapes our behavior day after day through the digitization of our life.

The main characters of his works are iconic, easy-to-use figures, conceived as those that characterize the road signs, which in fact he claims to be inspired by. Whatever the medium on which he will then exhibit them, the images of his works are made with the use of full and impactful colors circumscribed in a few, thick and well-defined contour lines.

“When I come to the definition of subjects that are valid and effective for me – he says – I tend to create them on numerous supports. Among those I prefer to convey my images on canvas, screen printing on paper, on t-shirts, on wood”.